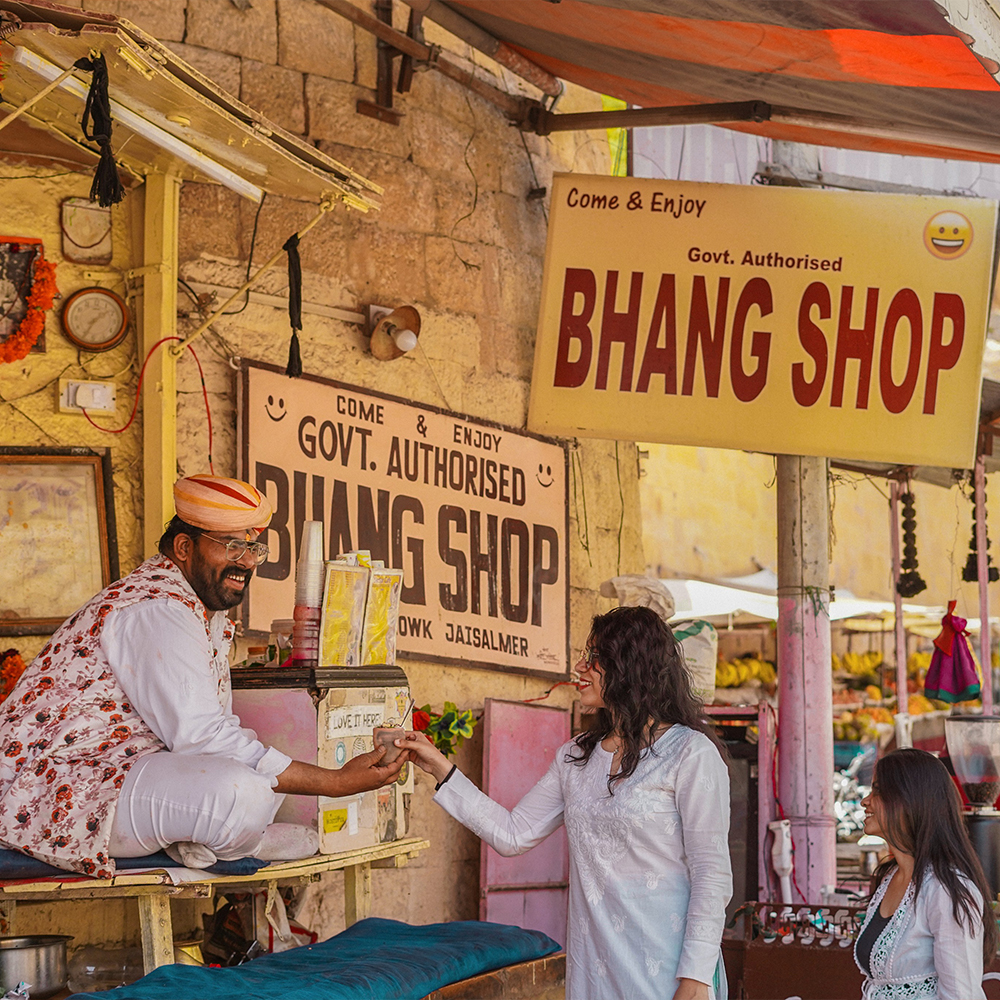 At the time when legal cannabis industry is on a boom with a whopping CAGR (Compound Annual Growth Rate) of 34.0 % worldwide , we are still not able to see through the smoke of a herb which is native to us, Indians!

From the sacred ancient medicinal guide “Atharvaveda” to the auspicious drinks on native festivals, “Bhang or Vijaya” has always been omnipresent to Indian culture & life. Ayurveda, which is 5000 years old, celebrates “Cannabis” in 191 formulations to treat wide range of health conditions. But today, Indian laws consider it illegal.

The Westerners have always tried to rip us off by putting a ban on black gold – Cannabis.

A general discourse with someone supporting this ban always ends up in a heated argument with swear words hurling here and there. Although I may disapprove of what you say against the herb, I will defend to death my right to say for it. Instead to write it here, for a smarter audience who are avid readers too.

In 1894 when India was forced to consider ban on cannabis for the first time in history, over a thousand interviews were conducted to know genuine view of public on this humble herb – Vijaya or Cannabis.

The result was “The Indian Hemp Drugs Commission Report- 1894” which concluded that “moderate” use of hemp drugs “produces no injurious effects on the mind” and “no moral injury whatever”. In fact, it was concluded that there was no rational justification to suppress the use of this mystic herb in India.

In 1957, CSIR ( Council for Scientific and Industrial Research) researchers I.C Chopra and R.N Chopra reviewed the report and reiterated that the findings held true over the years. Later it was banned in 1985. Why?

A purported agenda vested in the interests of the fledgling industries ( synthetic textile, pharma, timber, wood-pulp paper ) weighed heavy on Indian innocence. This forbids us to embrace our own native herb in India today when the west is embracing it’s goodness in all it’s forms.

Still dazed in the smoke of herb?

Atharvaveda considers “Hemp” ‘a liberator from sin’ , joy-giver and a source of happiness. Sadly enough, a typical survey suggests 82% of Indians still think it’s a drug.

This confusion, unjust judgement of the herb- Vijaya, and it’s deliberate criminalisation is clearly an import from the West. A herb which was staple to Indian lifestyle and culture for over 5000 years was banned suddenly owing to bogus claims of “yellow journalism”! 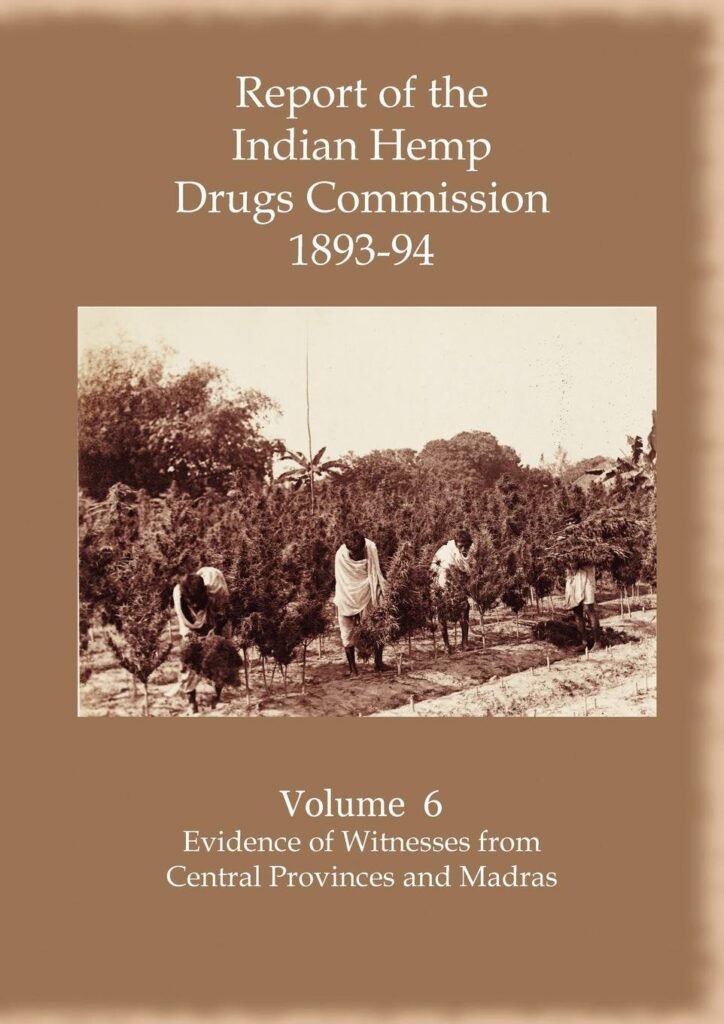 It’s sad to see how we’ve given up so easily! In a matter of just 35 years, we’ve disregarded the sacred herb to a status of something to be wary of. Ayurveda, which is 5000 years old, has revered Cannabis in over 191 formulations. The status of mystic herb is in danger today, which calls in a forward-thinker like you to understand this :

“Hemp” is a term used to classify industrial varieties of Cannabis that contain 0.3% or less THC content and majorly used in clothing, construction and other industrial purpose for over 5000 years now.

Still, only 3 out of the 29 Indian states can grow it, legally?

Ancient records suggest that the herb has provided food, shelter and clothing to the mankind for longer periods than the age of any such propagandas to defame it. Let’s see what can it do in 21st century?

Hemp – Is that all we needed?

Thankfully, climate crisis has been finally acknowledged by major nations worldwide. This  makes one thing, pretty clear. Sustainability is no-more what you think it is. A pastime of a South-Delhi elite girl or a hobby of a West-Delhi hippie boy. Living sustainably is more of a need than of a trend now.

This calls in the urgency to dig sustainable solutions and no more earthholes. We just can’t continue to guzzle in all the comfort & profits out of highly unsuitable & unsustainable business models.

The rising demand of industrial hemp in the textile, construction, food, personal care, and animal care makes it one of the fastest growing industry, worldwide. By 2025, the industrial hemp market is projected to grow at a thumping 34.0% of CAGR , which was once considered higher than the CAGRs of any other industry.

Currently China, USA, Canada, Chile, France are on a cherry-picking spree in the worldwide Hemp Industry. Why shouldn’t they be? They were not gullible enough to bow-down to the  American pressure and ban “Cannabis” just for the sake of support and access to the American technology in the Cold War era, explains Kartik Ganpathy, senior and founding partner, IndusLaw.

But trust us, today India has the biggest Hemp industry which doesn’t exist yet!

Indians driving through the smoke!

Bhang or Hemp is veiled in Indian culture, legends, tradition, lifestyle, religions for over centuries, which makes it clear we can’t keep losing on it for long!

This is made sure by young & dynamic folks who have assumed great responsibility in reviving the status of Hemp in India. It kicked-off with individuals like “Viki Vaurora” and brands like “BOHECO” who’ve put in enormous time and efforts to “free the herb”. Since then, it’s only got crazier!

The 5000 years old highly reliable form of advanced medicine – Ayurveda, needs revival and a New-Delhi based cannabis startup, Hempstreet is hitting that sweet spot, quite well.

Marijuana has treated medical conditions of epilepsy, cancer, tuberculosis, alzheimer, glaucoma, multiple sclerosis, appetite loss and lot more across the world. We’re wondering what are we waiting for.

Is it legal, yet?

Yes, absolutely! The prime concern for the current status of Hemp is the miseducation and sheer ignorance.

Not many people know the exact legality of this humble herb. One out of ten people know that it’s absolutely legal to use “Bhang” or “Cannabis” except for just 2 of it’s parts. The Narcotic Drugs and Psychotropic Substances (NDPS) Act 1985 prohibits only the production and sale of flowers and resin from cannabis. Rest of the plant is still free.

Many mindful folks have plonked early into the Cannabis culture. It’s great to see the woke and influential people catching the drift of this humble herb, finally after 35 years. Shouldn’t we all just get rid of “blithe giggles” associated with “Ganja”? Shouldn’t we already start taking this complex mystic herb – seriously enough!

No one could put it better than Joe. Cannabis is a natural herb, god put it on earth so that the wisdom of mankind can use it fruitfully. If selling weed can go from a major felony to essential profit-making business in much of the developed nations including USA , India could at-least meet it’s part of fortune by legalising it’s sober cousin – Hemp.

It’s high time to revoke the highly redundant NDPS act which cannot even differentiate between Hemp and Marijuana. The act is nothing more than a tool to harass small-time or poor buyers and sellers. Today it becomes urgent to address the legality of Hemp and Cannabis in India, wisely.

Since the co-existence of a legal bhang shop in Benaras and a legal trial of a guy holding just 2 grams of the same “Bhang” in some part of Noida, is far from understanding